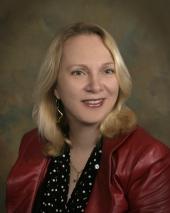 After receiving her doctorate, Dr. Weaver was awarded a National Sciences Research Council fellowship to work in the Apoptosis Research Group in the Molecular Cell Biology Division at the Institute for Biological Science, after which she joined the laboratory of Dr. Mina J Bissell at the Lawrence Berkeley National Laboratory at the University of California, Berkeley in the Cancer and Cell Biology Group in the Life Sciences Division. During her postdoctoral training with Dr. Bissell, Dr. Weaver was awarded a Canadian Medical Research Council Fellowship and a California Breast Cancer Program Grant to develop a unique human breast tumor progression model that when grown within a three dimensional basement membrane recapitulates the morphological phenotype of breast tumors. Her studies on stromal epithelial interactions and integrin signaling revealed for the first time the plasticity of the breast cancer phenotype demonstrating how tissue phenotype is dominant over tumor genotype, for which she received a distinguished postdoctoral award. Dr. Weaver's postdoctoral studies also identified reciprocal links between tissue architecture and growth factor receptor signaling as well as nuclear organization and illustrated how the formation of three dimensional polarized breast epithelial tissue is rendered highly resistant to classic anti-tumor therapies.

In late 1999, Dr. Weaver was recruited to the University of Pennsylvania as an Assistant Professor in the Department of Pathology where she joined the Institute for Medicine and Engineering to continue her studies exploring the role of tissue architecture on breast cancer behavior using organotypic models. While on faculty at the University of Pennsylvania, Dr. Weaver began conducting interdisciplinary studies with colleagues in Bioengineering on the role of extracellular matrix stiffness on breast cell behavior that led to a landmark publication demonstrating how tissue tension modifies integrin signaling to disrupt breast tissue morphogenesis and induce breast tumor behavior.

Dr. Weaver relocated to the University of California, San Francisco to join the Department of Surgery as an Associate Professor and direct the Center for Bioengineering and Tissue Regeneration in late 2006, where she rose to full Professor in 2010 and has cross appointments with the Department of Anatomy and the Department of Bioengineering and Therapeutic Sciences and is a member of the Helen Diller Cancer Center and the Eli and Broad Stem Cell Center. After joining the faculty at UCSF Medical Center Dr. Weaver showed for the first time in vivo that tissue tension regulates malignant transformation and metastasis. Dr. Weaver’s accomplishments have been recognized over the years through various honors and awards including: A Breast Cancer Scholar Award and A Scholar Expansion award with the Department of Defense, an AACR Pancreatic Action Network Award, as well as a Women in Cell Biology MidCareer Award in recognition of sustained excellence in science. She was also nominated as a fellow to the American Institute for Medical and Biological Engineering (AIMBE) in 2014. Dr. Weaver and her team use an interdisciplinary approach to study the role of cell and tissue level force in breast and pancreatic cancers and in gliomas and more recently has begun to study how force regulates early development using human embryonic stem cells and a chick model.

Dr. Weaver has over 20 years of experience in leading interdisciplinary research in oncology, including leadership of significant program projects merging approaches in the physical/engineering sciences and biology.  Her research focuses on the contribution of force, cell-intrinsic as well as extracellular matrix, to oncogenesis and tumor development. Her group employs 2- and 3-D in vitro cell culture techniques, clinical samples and animal models with force application techniques and traction force and atomic force microscopy to assess the influence of the mechanical aspects of the cell environment on cell behavior and tumor progression. Dr. Weaver has been awarded many distinctions for her work demonstrating the critical importance of tissue structure in the treatment response of tumors, including the prestigious Department of Defense Era of Hope Breast Cancer Scholar Award for her innovative interdisciplinary research efforts on the effect of mechanical force on breast cancer progression and treatment response. Along with Dr. Jan Liphardt, PhD, UC Berkeley, she was awarded the prestigious Physical Sciences and Oncology Center Grant, whose aim is to integrate physical sciences approaches toward better understanding tumor biology. The Center encompasses close to 100 investigators in physics, engineering, mathematics, chemistry, cell and molecular biology, and clinical sciences from UC Berkeley, UCSF, and LBNL. In addition, Dr. Weaver a Co-PI on an NIH U01 grant with Dr. Werb on environmental stressors in mammary gland development and a Co-PI with Drs. Kalluri and Moses on role of fibroblasts, myeloid cells and matrix in PDAC.

Dr. Weaver is the TMEN-BCC co-PI with Dr. Bergers, as well as the leader of Project 3,in which she is testing the hypothesis that the mechanoproperties of SVZ-derived GBM, together with elevated cranial pressure and ECM stiffness, promote GBM aggressiveness and recurrence, in part by affecting the vascular and tumor stem cell compartment.

Congratulations to Matt Rubashkin and coauthors on their publication in Cancer Research!

Our recent Nature publication is featured in a News and Views.