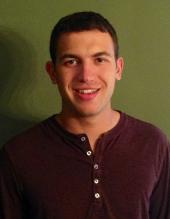 Jon graduated from the University of Michigan’s College of Engineering in 2014 with a Bachelor of Science and Engineering in biomedical engineering. While studying there, he worked with Dr. Allen Liu, investigating the role of the actin cytoskeleton in clathrin-mediated endocytosis. He also worked to recapitulate the platelet clotting cascade in a synthetic system. Jon is currently a PhD student in the UCSF and UC Berkeley joint graduate group in bioengineering and joined the Weaver lab in 2015. He is interested in how physical cues influence cell behavior and tissue organization. His work in the Weaver lab focuses on developing engineering tools to elucidate the role of mechanical forces on early development and stem cell differentiation in model systems.